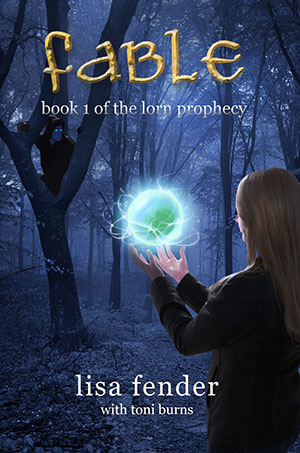 Fable: Book 1 of the Lorn Prophecy

An ancient discovery. A perilous journey. A born legend.

Stevie Barrett lives an ordinary life in Golden, Colorado, where nothing remarkable ever happens. That is until right before her high school graduation, when Stevie’s life takes a bizarre turn. Her best friends, Jack and Alyssa, want to be supportive, but are confused by the events plaguing Stevie.

Stevie’s mom is attacked by men with glowing gold eyes. A strange being spies on Stevie, hidden in shadow. She has waking visions of a people called the Djen and their archaic world. And when her and her BFFs don’t think it can get any weirder, Stevie heals a stranger with a touch. The abilities build until they are a tidal wave awakening within her and threaten her sense of reality.

Her efforts to understand what is happening lead her and her friends to discover a group known as the Rebellion. These warriors from another dimension are hunting her. Their leader is a man bent on destroying Stevie and possessing her legacy. In order to stop him and save everyone she loves, Stevie and her friends must embark on a quest to find and return Tecton, one of the five Orbs—relics—of the other plane she comes to know as Djenrye. The journey will alter everything she believes, propelling her into another world and another life.

An undiscovered world. A ruthless enemy. A power within.

Stevie Barrett’s new role as the last Guardian of Djenrye is slowly changing from a fairytale to more of a twisted fantasy. A new enemy has surfaced – one more powerful than the Leader of the Rebels. Now facing two adversaries, Stevie and Colton’s plans are crippled at every turn.

When Stevie is unwillingly separated from her protector, she realizes she is now left to her own defenses. No matter what happens it’s up to her to find Tecton – the stolen Orb. The longer the Orbs are apart from each other, the more destruction to both worlds. Can she locate and replace Tecton before all chaos ensues?

Back in Terra-hun, Detective Wood, Stevie’s mom, Jan, and friends, Jack and Alyssa struggle to keep the secret of Djenrye. A special unit of the FBI has been called in to investigate the weird DNA of one of Jan’s attackers. Wood and the gang attempt to stay one step ahead as the agents dissect the case. But one of the Feds suspicions pushes him to relentlessly hound the stalwart group. Can Wood and the gang protect the Djen, or must they walk away from the only world they’ve ever known?

Tale: Book 3 of the Lorn Prophecy

A Prophecy Unfolds – A Betrayal Revealed – A God’s Revenge

Adjusting to a new world, and her destined role as Guardian, Stevie finds herself a key component in the ten thousand year old, Lorn Prophecy.

Shown an horrific image of a future war by the Orb, Élan-Vitál, she must lead the people of Djenrye against it.

As Stevie, and those closest to her, begin to strategize their defense, a discovery leads them to search for an ancient book—one that could hold the answers of preventing total inhalation of, not only Djenrye, but the parallel world, Terra-hun – the world she grew up in.

Once again, Stevie and her friends must embark on another dangerous journey, with only the word of a traitor. Her comrades worry that her undying instincts will lead them into a trap—yet when the ruse happens—it’s not the one they feared.

Myth: Book 4 of the Lorn Prophcy


Stevie’s journey to the Magi village was deemed successful. She found the book her grandmother had said existed, along with the author, Enlil—a condemned God punished for his transgressions, and left with no powers or immortality.

He had created five artifacts made to trigger a weapon that would destroy the enemies of the earth and charged his blood child to find them to put an end to their relentless strife.

However, the book—the Din Hi-Beilum—is as old as mankind itself. Between words that are faded, and written in ancient Djen—not spoken for at least a thousand years, it is hard to decipher. Yet, the Mages give Stevie clues to where the objects could be hidden.

Armed with the book—and Enlil’s instructions, Stevie strikes out on a new quest to the farthest regions in the north and faces dangerous weather, treacherous terrain, and enemy attacks. She hopes that the artifacts will bring them victory against the massive army she had seen in a vision months before. She knows she is taking an incredible risk trusting in Enlil’s edict, yet if it works, will the archaic relic be enough to rid them of the threat that has plagued the races of Djenrye? Or will it be the end of all they know and have fought for?

Stevie’s awakening has become a force—one that’s out of her control. 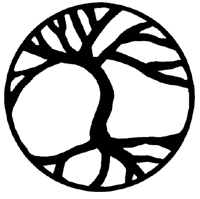 Training daily with weapons and spells, Stevie tests her newly found ancestral powers—but soon discovers it takes heightened emotions to trigger them. And even when called to action—she fears her unpredictable abilities could hurt an innocent in the crossfire.

Frustrated at not being able to command her abilities at will, Stevie worries about failing to defend her companions in the future when they face the war. After already losing two friends on the quest for the artifacts, she dreads more of her loved ones will die.

Pushing her deep-seeded fears aside, she leads them on as they cross the frigid Ashlile Plains. They must gain knowledge of the sword and the staff they search for, and gather Intel about their enemy’s movements. Yet they are met with dangers far greater than imagined that renew her anxieties once more.

Can Stevie harness her gifts when all is on the line? Or will she be the reason Djenrye falls?